With LEADinspect, macro lead and micro lead are analyzed in one system. The user thus obtains a quantitative and visual evaluation of lead structures (lead analysis) which could previously only be recorded using the thread method. Data about the stochastic arrangement of roughness elevations (roughness measurement) on the surface are also obtained. The distribution of these roughness elevations influences the service life of a radial shaft seal and thus determines the suitability of the surface as a sealing surface. The shell surface is also scanned by flat measuring fields, which allows an evaluation of the direction and volume of conveying structures (micro lead). Macro lead is evaluated according to the current version of the Daimler standard MBN 31007-7, whereby the system provides 72-line scans. In addition, LEADinspect can measure roughness according to DIN EN ISO 4287, 13565 and 25178 and analyzes the dominant waviness in accordance with VDA 2007.

Micro lead according to IMA method

Dominant waviness according to VDA 2007 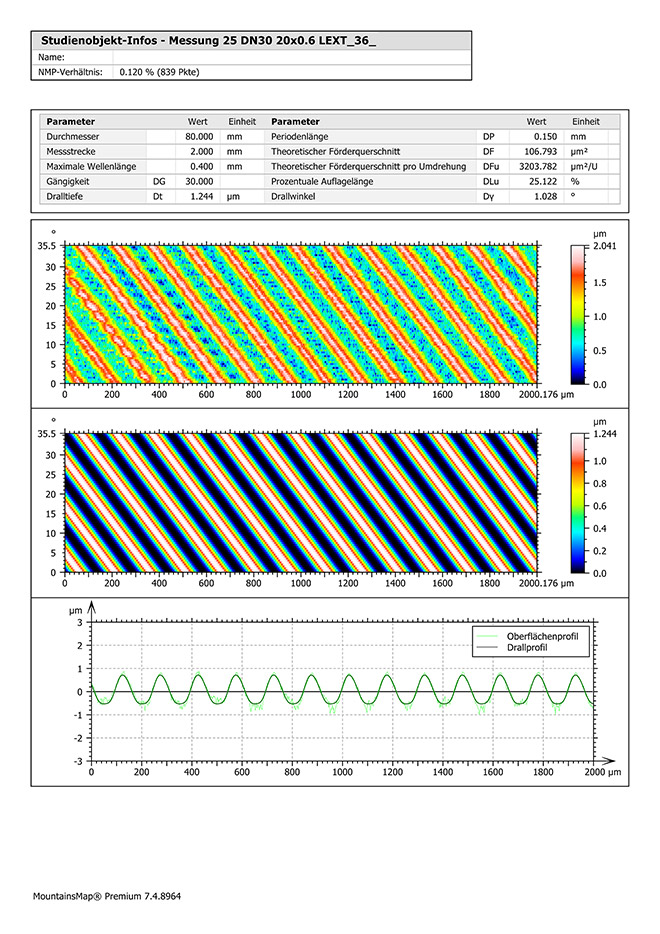 In the past, it was common practice to determine the micro lead by the thread method, whereby the results were documented over the distance of the thread in relation to time. It was not possible to determine the structures that set the thread in motion. Besides, the service life of the shaft sealing system could not be determined since no information as to the stochastic distribution of the roughness elevations was available. Ultimately, several measuring instruments had to be used for macro lead analysis, topography and roughness measurement; a holistic evaluation of the surface was only possible to a limited extent. With LEADinspect, roughness, stochastic distribution of roughness elevations, surface damage, macro lead and micro lead are scanned and evaluated in a single measurement. The data are available to the user in a form that can be used for later correlation investigations with endurance run evaluations and returns from the field. 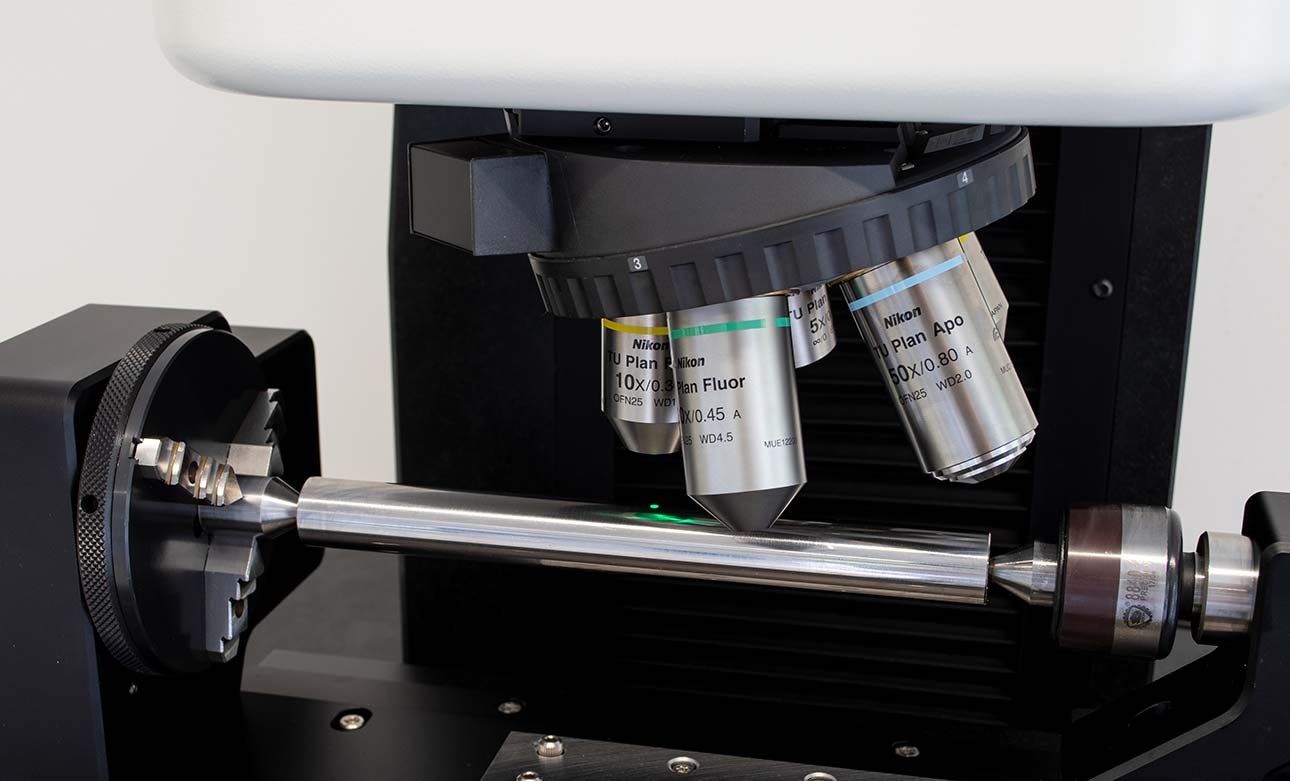 The LEADinspect measuring system combines high-precision measuring technology with a robust design (vibration damping base and granite machine frame) and can operate directly in production environments. Samples up to 350 mm flight circle diameter, 1000 mm length and up to 70 kg weight can be measured without contact.  Smaller systems are also available.